You are here: Home / Belgium / Dierendonck, one of Belgium’s best butchers to open in Brussels

Hendrik Dierendonck, one of the most well known butchers in Belgium with shops and a restaurant in the Belgian coast has announced this morning on his Facebook page that he will be opening an Atelier in Brussels.

He wrote it is the start of a new adventure, a dream come true. “The artisanal approach, terroir and passion are the focal points of our butcher shops and these are the values that I have picked up from my father Raymond Dierendonck,” Hendrik said.

The new atelier in Brussels will follow on this approach and will be open in autumn. It will replace the Jack O’Shea shop close to Place St Catherine that closed abruptly in the past weeks.

He thanked his entire team because he said he would not be able to do this without their support.

Just before summer this year, Hendrik Dierendonck was in Brussels collaborating on a number of one off pop-up events.

Dierendonck raises the Belgian Red breed in their own farm. This is an extremely rare breed of cattle and a recognised regional product of West Flanders. The cattle has the capacity to produce quality meat from a grass diet. The permanent pastures located in the Ijzervallej and the polders are suitable for these animals. Dierendonck considers that these pastures called “fat pastures” give the Belgian Red its distinct flavour.

The butcher has a shop in the heart of a culinary hamlet of Sint Idesbald from where the father of Hendrik started 39 years ago. The meat is aged which is always the sign of a great butcher shop.

Last year he also opened a restaurant called Carcasse which aims to allow clients to experience the work of a butcher through workshops and demonstrations. 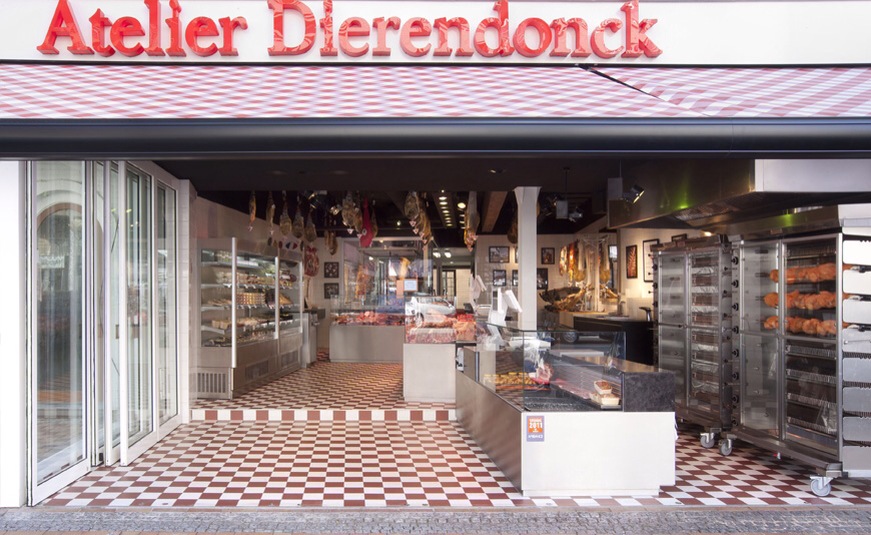